PSS is a non-stock, non-profit professional association registered with the Securities and Exchange Commission. As an inclusive social science organization, its members come from a range of disciplines whose professional careers have a fundamental connection to Sociology.

Find us on social networks

June 10, 2018, TODAY MARKS the 90th birthday of DR. MERCEDES B. CONCEPCION, Philippine National Scientist for Demography, one of the pioneers of the Philippine Social Sciences, an internationally-recognized Filipino social demographer, a sociologist. 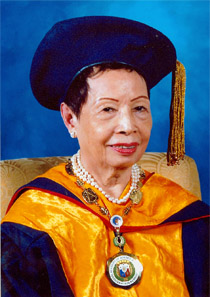 Over the number of years, the Philippine Sociological Society is honored by her service in various capacities:

Born in 1928, she was honored as the first Filipino demographer by the Philippine American Foundation in 2002. She was also the first woman to chair the United Nations Population Commission from 1969 to 1977. She received the National Scientist Award in 2010.  (Source: http://newsinfo.inquirer.net/609912/did-you-know-mercedes-concepcion#ixzz5HyCDiWpd )

The PSS wishes Dr. Concepcion good strength and health, and more meaningful intersections with the generations of sociologists and social scientists in the years to come.

Ma’am Ditas”, “MBC”, please continuously inspire us with your charm, wit, and critique of the social world we live in, especially our country, the Philippines.

On behalf of PSS Community,